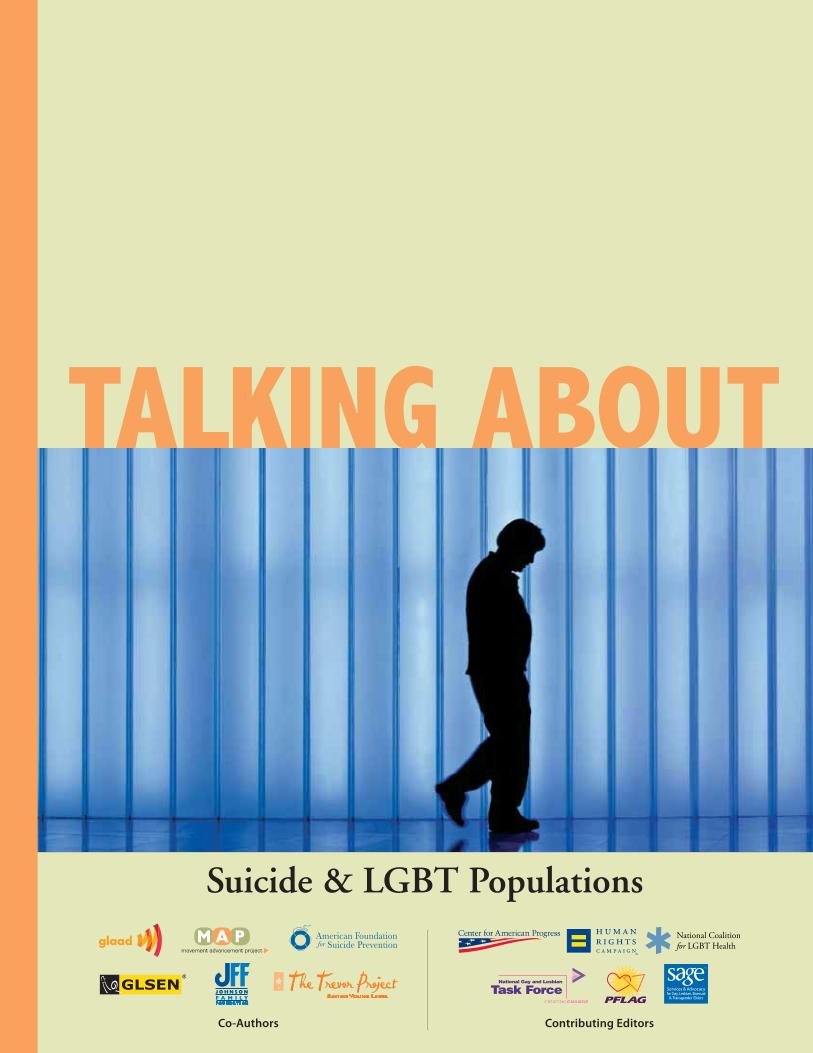 Expansive news coverage of several recent suicide deaths of youth known or believed to be gay has resulted in an unprecedented national discussion about suicide risk among lesbian, gay, bisexual and transgender (LGBT) people. Some of that coverage, however, has oversimplified or sensationalized a number of the underlying issues, and in some cases may have created the potential for suicide contagion risk.